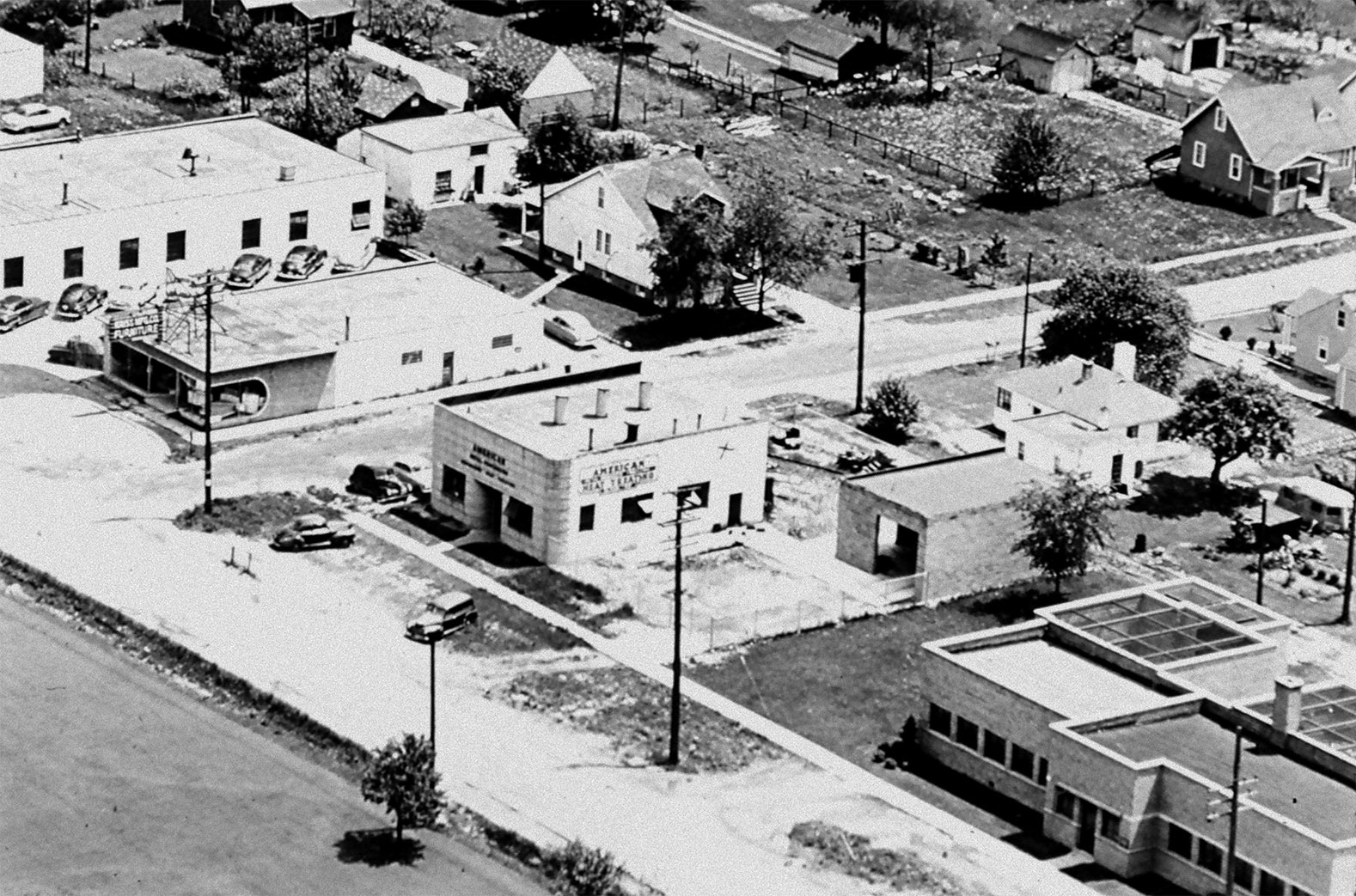 American Metal Processing Company was started in 1945 by Benjamin Pinkos. Born in Detroit in 1916 to Polish immigrant parents, Ben grew up in Detroit and later Hamtramck, where he worked in various factory positions and studied at the Chrysler Institute of Engineering.
‍
During World War II, Ben worked as the supervisor in the heat treating department of Aeronautical Products Corporation in Detroit. With the help of a loan from his wife’s parents, he built a small factory at 12000 East Nine Mile Road in Warren, where he began doing batch-type heat treating for local businesses. Success came slowly but surely over the next 10 years. Ben continued to wear many hats, from furnace operator to metallurgical inspector to salesman. By 1960, the company was operating three shifts, eventually paving the way for his two oldest sons, Dennis and Gerald, to join the business in 1970.
‍
By the mid-1970s, the small plant that Ben had built in 1945 (and expanded several times) could no longer accommodate the necessary equipment for the business. His sons became interested in a continuous type of furnace known as a rotary retort furnace, which would enable the company to heat treat much higher volumes of parts. Knowing that space would be needed, the company acquired land just down the street at 22720 Nagel Street and built a 12,000 square foot building, where they installed three rotary retort furnace lines.
‍
Ben’s youngest son, Clayton, joined the company in 1977. The company operated both plants for the next few years through several brutal recessions, but ultimately came out stronger and more capable. With the large new plant providing ample space to grow, the company’s heat treating capabilities expanded, the workforce grew, quality was enhanced, and techniques were developed that would enable the company to prosper for decades to come. AMP's customer base expanded well beyond the metro Detroit area, with major customers in Pennsylvania and Ohio both contributing to the company’s growth. Ben’s daughter Lisa joined AMP in 1983, while even more equipment was purchased and upgrades were made. The building on Nagel Street was expanded several times, while the original building on Nine Mile Road was used for maintenance and storage before being sold in the 1990s.
‍
When Ben passed away in 1991, he left behind a formidable business that was remarkably larger and more capable than the one he started 46 years earlier. Guided by sons Dennis and Clayton, the business continued growing and expanding in the 1990s. By the latter part of that decade, third-generation family members began working at the company, bringing in solid business acumen and technical expertise.
‍
Today, American Metal Processing is the nation's largest commercial rotary heat treat facility, serving customers across North America in the automotive, construction, military, and agricultural industries. AMP's dedicated team is focused on quality and responds quickly to the changes of the modern business climate. The plant is more efficient than ever and the business is well positioned to continue its success. 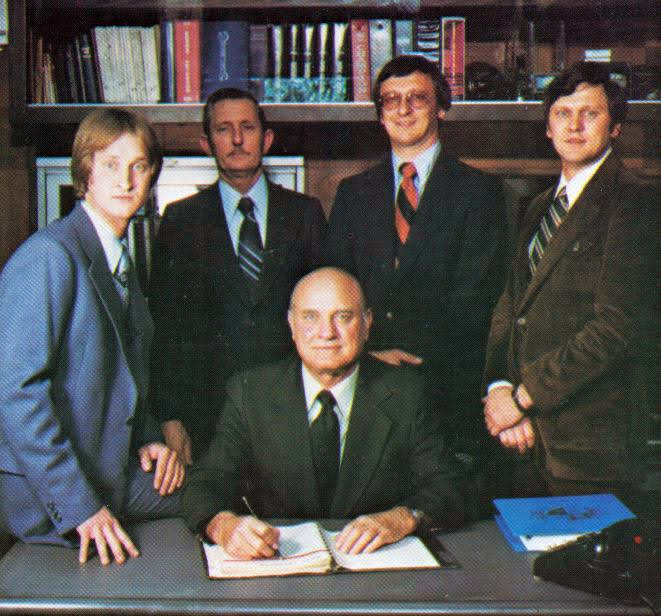 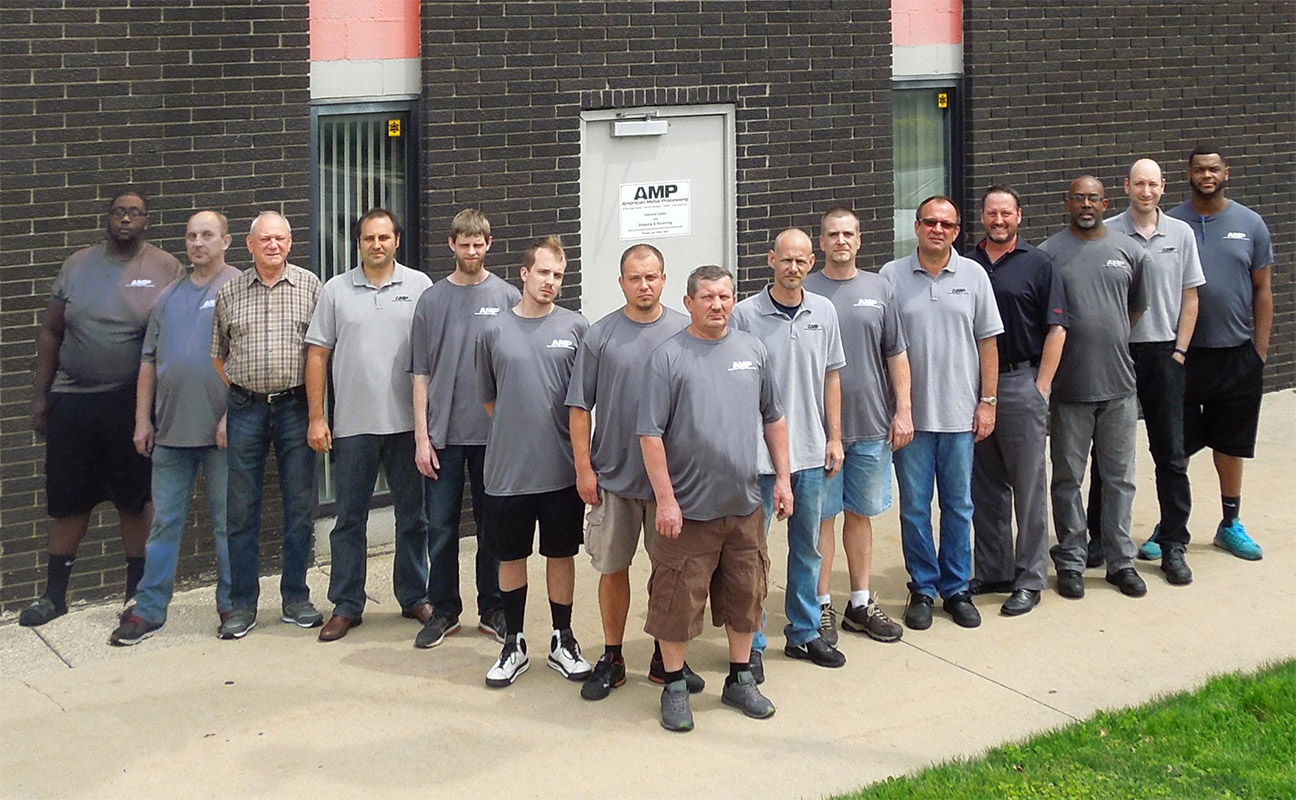 Let us do the dirty work.
We know that getting parts on-time and within specification is paramount to your supply chain. That's why we offer rush service, flexible scheduling, and 24-hour shipping and receiving.
Start Now